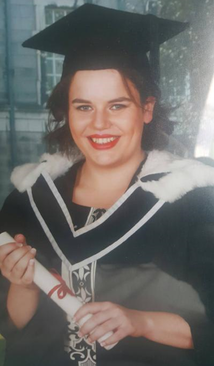 ​In December 2012 Gemma McGee accepted an Academic Achievement Award in Moyne CS. After her Leaving Cert, Gemma went to Trinity College to study Science and eventually went on to specialise in Geology. She was an excellent student and her future success came as no surprise to anyone who had taught her or been a classmate of hers. However, it was not without its challenges and Gemma struggled with the cost of college and she had no option but to work part time while she studied.  After college Gemma fulfilled her dream of working as a geologist when she got a job with TECK, a Canadian mining company.

Tragically, this fit and healthy young 24-year-old woman contracted the W strain of meningitis and passed away within in a couple of days of becoming ill. The tragedy is that this strain of meningitis is preventable through vaccination but while the UK provides this vaccine to children, here in Ireland the HSE do not administer it.
​
Gemma’s parents, Rosaleen and John returned to our awards ceremony once again. They joined by her three brothers, John, Darren and Niall.  Also present was Joe Kelly from TECK, the company where Gemma worked as well as Eilish, Maura and Rosarii, three members of the Gemma McGee Memorial Bursary fundraising committee.
​
The family supported by TECK and a local fundraising committee have raised over €15,000 towards the Gemma Mc Gee Memorial Bursary Award. Every year, three students from the Leaving Cert class of Moyne Community School will be awarded a bursary of €1000 each towards the cost of going to college. This bursary is presented in memory of Gemma, her dedication to study, her determination to overcome obstacles and her celebration of an all too short life. 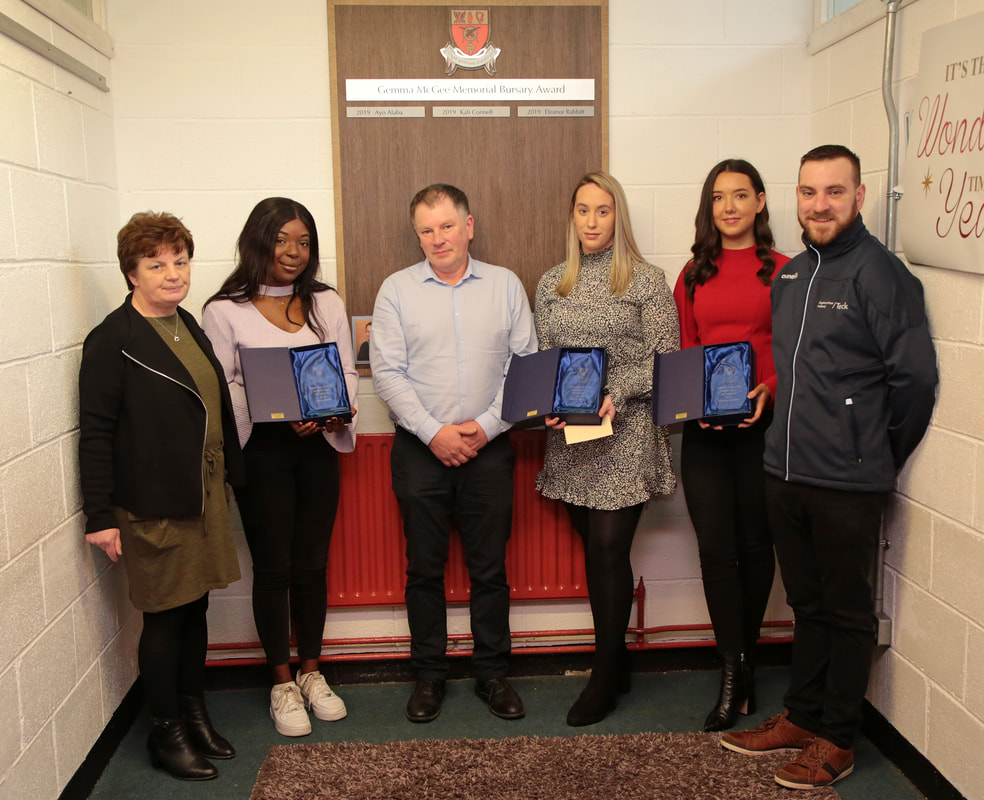 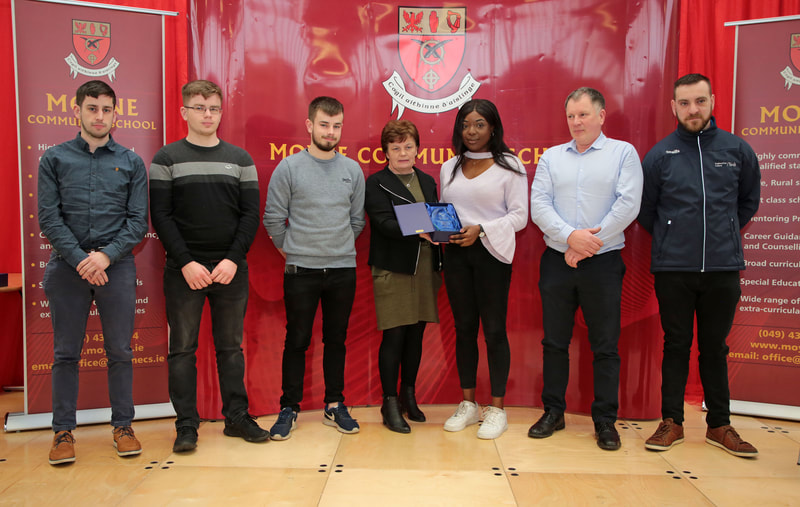 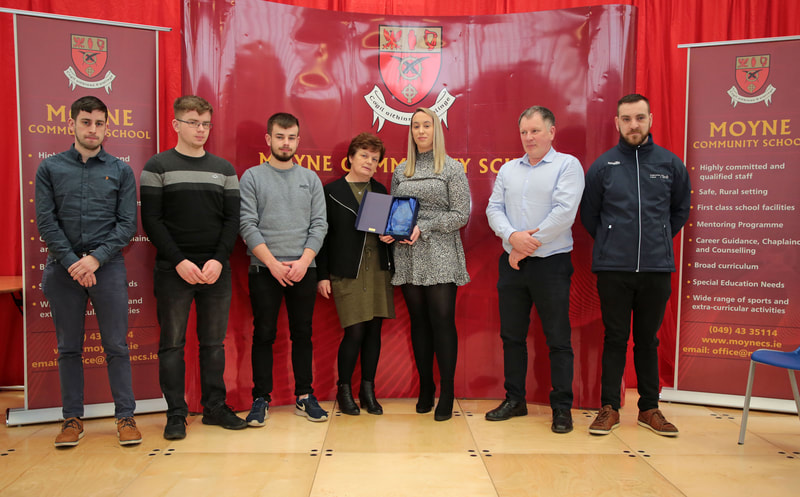 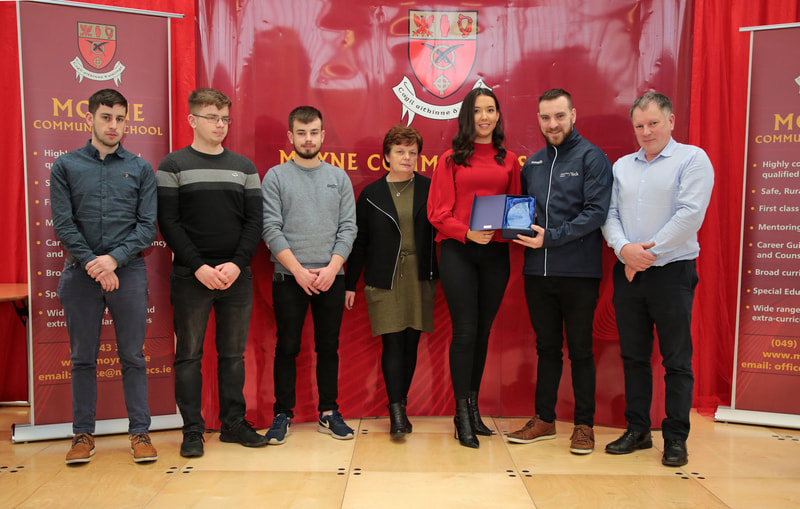 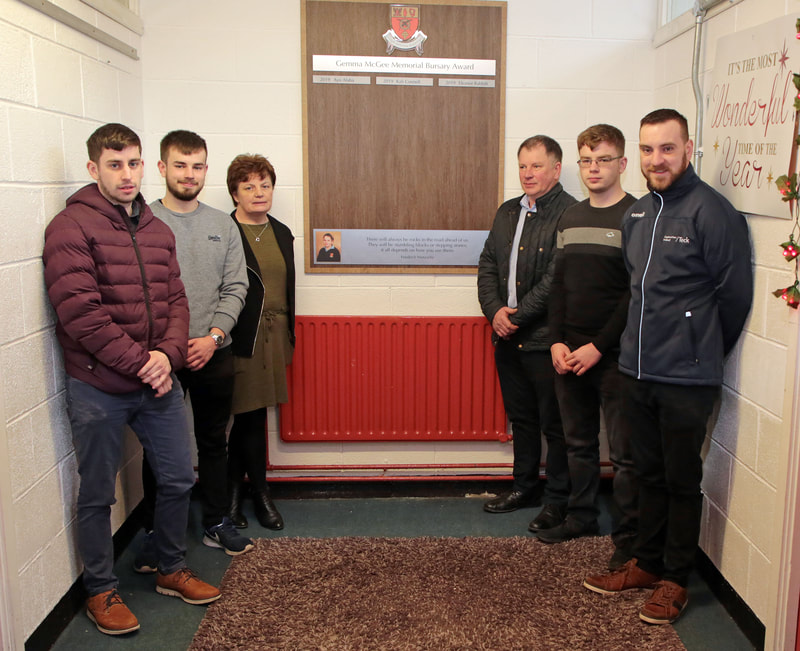 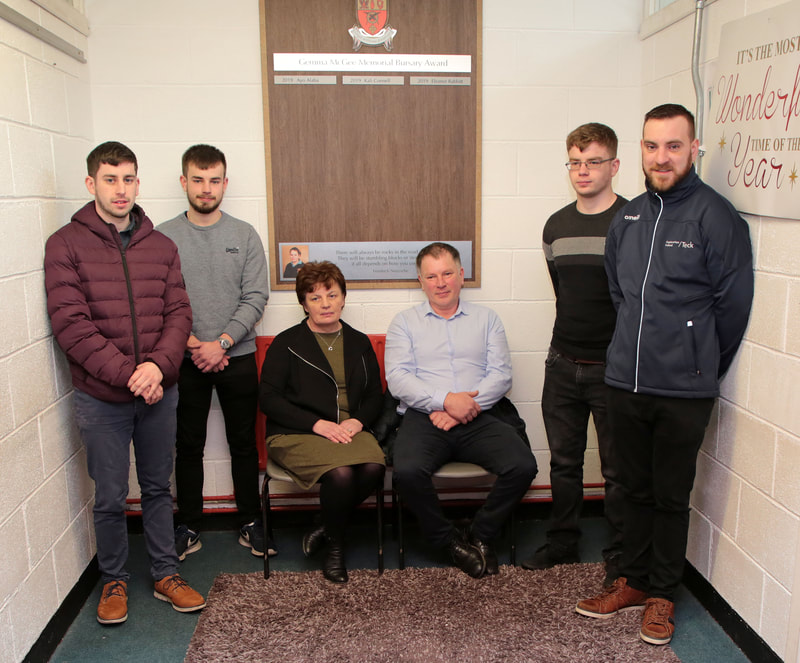